Large-scale simulations are producing an ever-growing amount of data that is becoming prohibitively costly, in terms of time and energy, to save to disks, and next to retrieve and process during the post-hoc data analysis phase. To circumvent this bottleneck, in-situ analytics [1] proposes to start processing data online, as soon as made available by the simulation in the memories of the compute nodes (or using other nodes in the same cluster, known as in-transit analysis). The benefits are:

This integration of data analytics with large-scale simulations represents a new kind of workflow. Scientists need to rethink the way to use the available data movement and storage budgets and the way to take advantage of the compute resources for advanced data processing. So far, only a few framework prototypes have been developed to investigate some key concepts, with experiments with simple analysis scenarios.

The goal of this project proposal is to investigate and develop algorithms to enable advanced in-situ/in-transit processing of scientific data from numerical simulations with the Python framework Ray. The Python language has become one of the most popular programming languages in the scientific computing community, mainly because of the benefits it offers for fast code development. Python’s strength in general purpose programming, combined with a great ecosystem and library support, makes it an excellent choice for data analysis tasks and building data-centric applications.

Although the performance of pure Python code is often far from being optimal, there are multiple ways to optimise and parallelise Python programs, particularly in the context of scientific and high performance computing. Particularly, frameworks such as Dask [2] and Ray [3] are focused on developing large scale distributed applications. This kind of frameworks can be a good fit for a stream processing approach for analysing in-situ/in-transit results from parallel numerical simulations, analogous to [4], an analytics stack based on big data technologies (Apache Flink, HBase…), but with a less restrictive programming model than map/reduce-like paradigms.

Even though Dask is getting quite a lot of attention in the HPC world, whereas Ray is probably more popular in the machine learning community, we think Ray could maybe have more potential, so Ray is the platform we will use in this work for the distributed python execution.

An Agile development method will guide the project, with relatively short sprints to build the different analysis kernels, after a preliminary work of study and documentation. 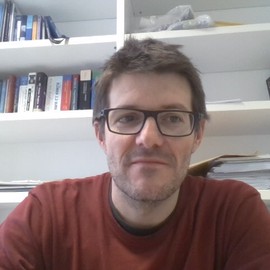 Teaching and Researching in Computer Science/Engineering